You are here: Home / Weddings / Proposals / Must be something in the air at Purbeck

There must be something about Purbeck Valley Folk Festival…

I’ve just been invited to a handfasting ceremony that will take place during the festival. And I’ve already photographed two proposals and one wedding there in past years…

“Handfasting” is, according to Wikipedia, a term for betrothal, and stems from older words such as the Old Norse handfesta meaning “to strike a bargain by joining hands”.

I photographed a handfasting in The Temple of Apollo at Stourhead many years ago… I must hunt out the files and share them. Having Paganish tendencies myself, I felt very at home in that ceremony.

Back to this same-sex wedding proposal

Anyway, that’s by the by for now.

Back at Purbeck Valley Folk Festival a year or two ago, I got a message from the organiser about a marriage proposal planned for later that day, during a set by the brilliant Coco and The Butterfields, so I set off to find out more :-). The Cocos weren’t too sure what was happening but fortunately managed to track down the email from Nicky about her plans, and we called her. Despite the desperately poor signal in this beautiful rural location, she got the call, we all met and hatched a plan, the fruits of which you can see in the photographs.

The original plan was for the proposal to take place during the set when one of their favourite songs was played, but as we chatted we felt that maybe everything would get a bit lost in the crowd. So we hatched the idea of them going backstage to meet their favourite band, who then play their other favourite song (and one of mine too) with Nicky then singing her own final verse to her love as she went down on one knee. It was such a beautiful thing to be part of, and I felt privileged to be there.

So what was the other wedding proposal then?

Ah, that was Pete and Kath. Pete fronts up Thirstyman, regulars at Purbeck and elsewhere in Bournemouth and Dorset. You can see their pictures right here.

I’m planning to propose to my girlfriend/boyfriend

This site uses Akismet to reduce spam. Learn how your comment data is processed. 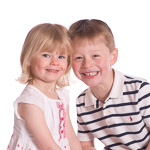 Thank you, Jerry, for the beautiful photos of my family and a huge thank you for trawling back through your archives to find them for me . Will be in touch in the new year for another family shoot xxxxxx 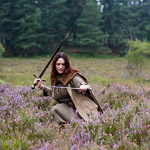 Jerry has an easy and approachable manner which allows the subject to stay really calm and enjoy the photo experience no matter what pose they are placed in. His many years of experience is evident from the end product which he offers. Professional, friendly and cost effective, Jerry is certainly recommended 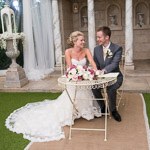 Our wedding album arrived this week and it is absolutely INCREDIBLE!!! We are over the moon with it and even the box it came in is beautiful! Thank you so much for all you have done Jerry. X 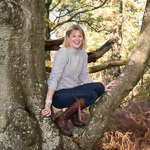 Jerry provides a very professional service paying close attention to detail. He completely understands the importance of the moment and works hard to capture you looking at your best! He can be your best friend, laughing a joking to put your mind at ease, noticing when a shirt needs to be straightened or a shadow is lurking in the wrong place, but can quite as easily melt into the background and capture those precious non-posed photographs (that actually end up being your favourites!). 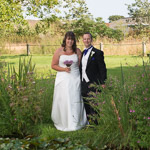 I first met Jerry 11 years ago when he was photographing the children at our local playgroup. My son was an extremely shy and anxious 2yr old , to be honest, I didn’t even think that he would leave my side to even be photographed. From the minute we walked in the room, Jerry was full of smiles. The pictures from that day were superb and really captured his personality. 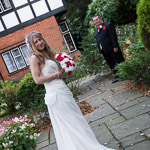 The pictures were lovely of our wedding. You put me at ease on my wedding day when I was feeling so nervous. And you did everything I required and I would tell everyone to use you when they need a photographer! 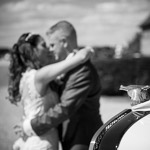 Thank you to Jerry for being such a professional fab and all round great photographer yesterday at our wedding at Parley Manor, Thank you! Xxxxxx 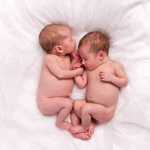 Thank you so much for our fabulous photos which arrived so quickly. There were so many to choose from initially but really love the ones we chose in the end. 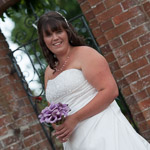 I knew that if I ever met my future husband, then Jerry would be the man to photograph our wedding. Well, 9 years down the line, Jerry did just that! Jerry was professional and lovely on the day. He put me and my hubby at ease. The guests loved him too! Most of the time, I even forgot he was even there as he was so busy capturing beautiful candid shots of our special day. 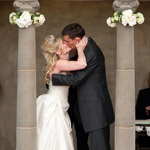 When I first called Jerry, I could tell he had a great, fun, honest and professional attitude. And I’m not just saying this, it’s true. When Jerry arrived at our house he showed us his full photography range and explained each package. All this with honesty and a bit of humour too and not rushed or pressured. Jerry, I’m sure went above and beyond here when selling us his service. But he needn’t have done as he is so genuine. Our wedding day arrived and wow if Jerry was a conductor in a previous… 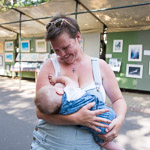 I felt very comfortable around you and was put at ease straight away. You directed extremely well and was always willing to take on my ideas on specific photos. I wouldn’t hesitate to recommend your services to others. 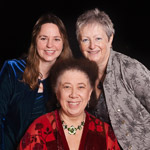 I always recommend you when people ask about photographers, because you have such a fresh approach to portraiture, informed by your love of nature and your ability to think out of the box. You even managed to make a derelict house look desirable and interesting, and when working with people cyou capture the moment. You are great at conveying meaning through photos, because your photos are always that bit different and make us think. 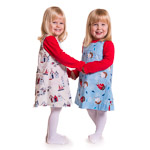 Jerry was fantastic with our little girls, we had a lovely family session today and all thoroughly enjoyed it! 🙂 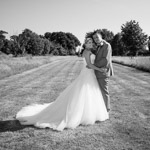 Jerry, a year ago today you shared our special day with us and looking through our album reminds us of how special our day was. The photos captured shows every glimpse of our happiness. Thank you x 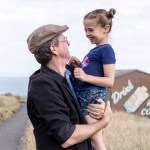 I would like to take a minute to give a review of our photo shoot with Jerry.  It was such a wonderful experience from beginning to end.  We did not feel self-conscious at all as he made us feel so relaxed and allowed us to just be ourselves.  Jerry was so good at being one of our group and taking the most beautiful snap shots of our afternoon and turning them into a wonderful memory.  I believe that he is something special as it is very hard to take so many photos and at the same time make one … 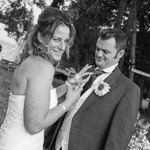 Can’t believe it’s been a week already since our fabulous wedding day! Thank you Jerry for your super calm but highly professional photography. You even managed to gently get us back on schedule after our late start. Thanks so much and can’t wait to see the photos. Gillie & Tom x

Caring for our world

A love of nature is what made me pick up a camera in the first place way back in…. a long time ago! And that love of nature and wild places has informed my life and continues to do so today, and I recognise that we only have one planet. We need to care for our planet, and I strive to do so in all areas of my life, choosing a fuel efficient low emission car, minimising my journeys, reusing, reducing and recycling wherever I can. I have volunteered with many organisations over the years, the RSPB, Dorset Wildlife Trust, Greenpeace and Friends of the Earth and Jerry Fenner Photography is proud to be powered by Good Energy.